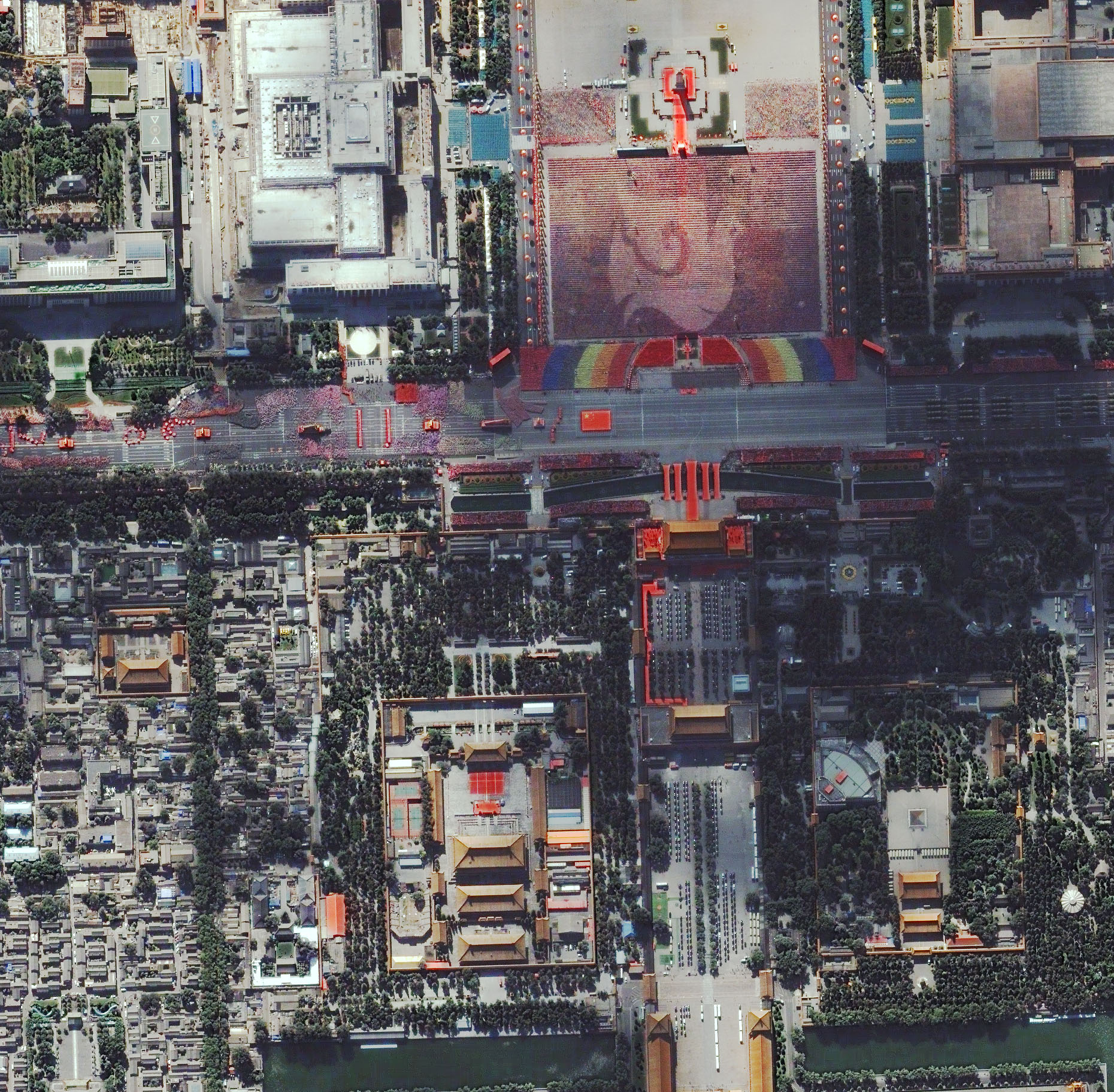 This (geo)graphic provided by Jeff Kerridge at Digital Globe.

“China celebrated its 60th anniversary of the creation of the communist party today in Beijing with a massive parade and flyover.Tons of people, military equipment, floats, and aircraft participated in the parade. Attached is a shot taken by our QuickBird satellite of Tiannamen Square with lots of bright colors and another image that captures an AWACS aircraft inflight…Some of the coolest stuff I’ve seen us collect.  Hope you enjoy it!”

I’m pretty sure this is not quite as good in pan!