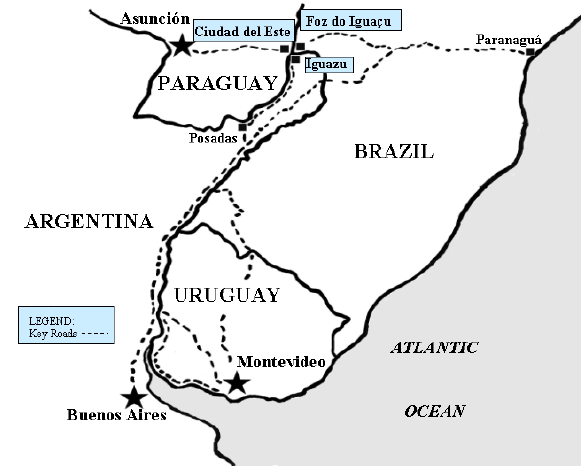 This map demonstrates that the Library of Congress Federal Research Division needs a budget increase.

The other day, I lucked upon a discussion with David Kaplan on National Public Radio, who has written extensively on the topic of international and transnational organized crime.  In the wake of the recent Mumbai attack, the discussion addressed the link between terrorism and criminal syndicates.  But, toward the end of the 40 minute program, a somewhat different theme took hold.  Rather than talking about the relationship between terrorism and organized crime, Kaplan began to talk of terrorism as criminal groups, engaged in illegal activity/racketeering, but with ideological motivations.  After having the world’s troubles framed in terms of the “Global War on Terror” (GWOT) for so long, it was interesting to hear a somewhat more nuanced take on complexity of the threats we face.  I have always been more of a “struggle against fast changing, transnational networks of nefarious actors”, but it doesn’t make much of an acronym.  It has always seemed that it is hard to meaningfully separate terrorism, proliferation, illicit finance, organized crime, human trafficking, and even genocide.  One often fuels another, though perhaps from another spot on the globe.

This report (from which the map above was clipped) on the Tri-border Area (TBA) between Paraguay, Brazil, and Argentina captures the co-dependence between nefarious actors of all types.  Contrast it with this DoD GWOT type analysis on the same region.  While the former may open up the aperture too much for some, I believe it at least gives one a better sense of the actual mechanisms/levers that must be worked in order to dampen bad actors.

Perhaps we could evolve beyond GWOT as an organizing concept.  It would require more intelligence and properly targeted development resources, but characterizing the problem too narrowly will ensure failure.